2019 New Year’s Eve Party, Bushfires, and an update on Dave 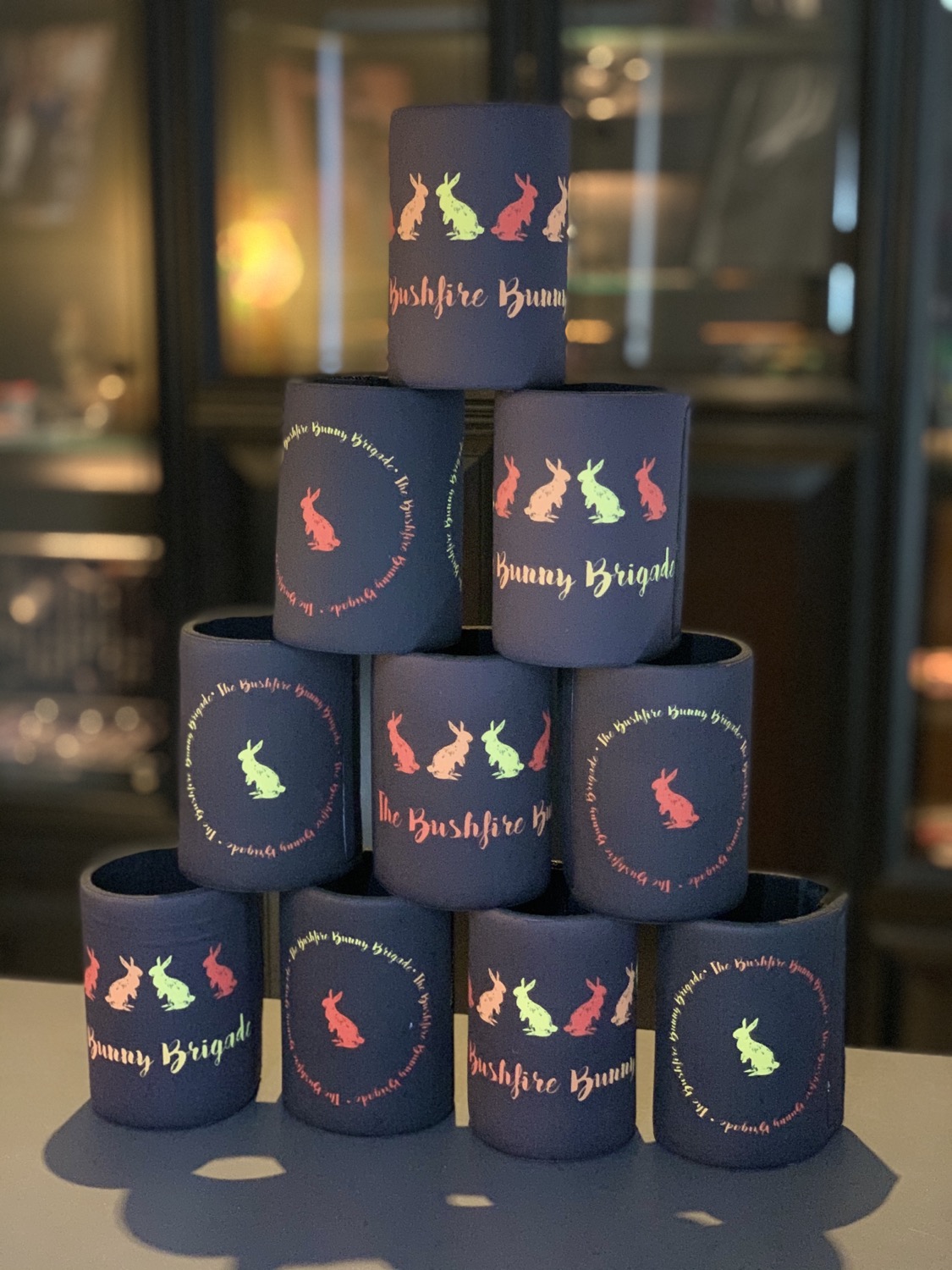 As we begin the new year of a new decade, I can scarcely believe how far The Rabbit Hole has come in our first year. It’s been exhilarating nurturing the growth of this baby! Our New Year’s Eve Party on 31st December 2019 was a fitting finale, being our most successful event thus far. There were glow sticks and black lights galore, we had a sexy magician with very clever fingers fondling crystal balls, and many guests lustily welcomed the New Year with us at midnight with a shot of Vodka tonic and a streamer popper! Some of course lustily welcomed in the New Year in their own creative ways 😈. It was heaps of fun! Clean up afterwards was a monumental task of course, and I’ve been told by Chrissy that we are not to have poppers next year 😬. Sorry Chrissy! Anyway, we had pledged part proceeds to be donated to the Vinnies SA Bushfire Appeal, and were able to donate $1100.

I can’t imagine what it’s like to be losing your home and fleeing for your lives 😢, as Australia is engulfed by the worst bushfires we have ever known. I am heartbroken by the millions of hectares burned, by the millions of animals killed, by the many human lives and homes that will be lost by the end of this. I know there are emergency personnel amongst our community including firefighters, please accept our heartfelt gratitude for what you do.

On a personal arena, for those of you who aren’t aware, my nesting partner David has been convalescing at home since his bone marrow transplant last September. https://www.therabbitholeparties.com/post/cancer-polyamory-and-playing-peekaboo-with-stuffed-toys-at-swingers-parties

“Convalescing” sounds like a very relaxing word, like you just put your feet up and convalesce away until you’re strong enough to go back to work. Nothing could be further from the truth. It has been a long, hard road, and it still is. Cancer sucks, make no bones about it. I’d like to say I am a beacon of strength and resilience while Dave fights the biggest battle of his life, but instead I did fall apart and got sick, despite everyone reminding me that I need to look after myself too. I’m not terribly good at asking for help, most times it’s easier to just soldier on than it is to be vulnerable. Don’t get me wrong, many people have offered to help and I’ve gratefully accepted; I think though oftentimes the stress I feel is self-inflicted more than anything. Thank goodness Andrew (my other partner) is often there to pick up the Wendee pieces on the ground, but he can only do so much mind-reading even though he is exceptionally good at it!

Anyway, a brief update on Dave. Although he has come through the transplant with flying colours (i.e no major complications), he continues to struggle with overwhelming fatigue, intermittent nausea and vomiting, abdominal pain, loss of appetite, and is steadily losing weight. His kidneys are only functioning at about 50%. His donor marrow is still just a baby, so he is still very susceptible to infections until his immune system builds up. And that’s if his body doesn’t reject his donor marrow; he’s still on pretty high doses of anti-rejection drugs at the moment. I am pleased to say however, that he is slowly but surely improving. On good days, he has been able to pop in to an event or two at The Rabbit Hole recently, and those who have recognised him have been delighted to see him! It was difficult to refrain from enveloping him in a giant bear hug, but everyone’s been so happy to see him back at TRH; albeit briefly before he gets too tired and needs to go home. So new folks, if you see a masked man behind the reception desk at The Rabbit Hole asking for your name, that’s Dave, the man who built all the kinky shit you see around the venue 😉 He won’t shake your hand, but he’ll give you a thumbs up, or blow you a kiss if you’re cute 😁

Meanwhile, The Rabbit Hole continues to thrive. The last 2 events of last year were our biggest by far. This year, we will continue to refine our events, and have some new events up our sleeve that we are planning on launching. The huge 12 person spa is up and running, to the delight of many water-loving guests who have been hanging out for it. We do not allow sex in it, so you do not have to worry about suspicious-looking floaties! 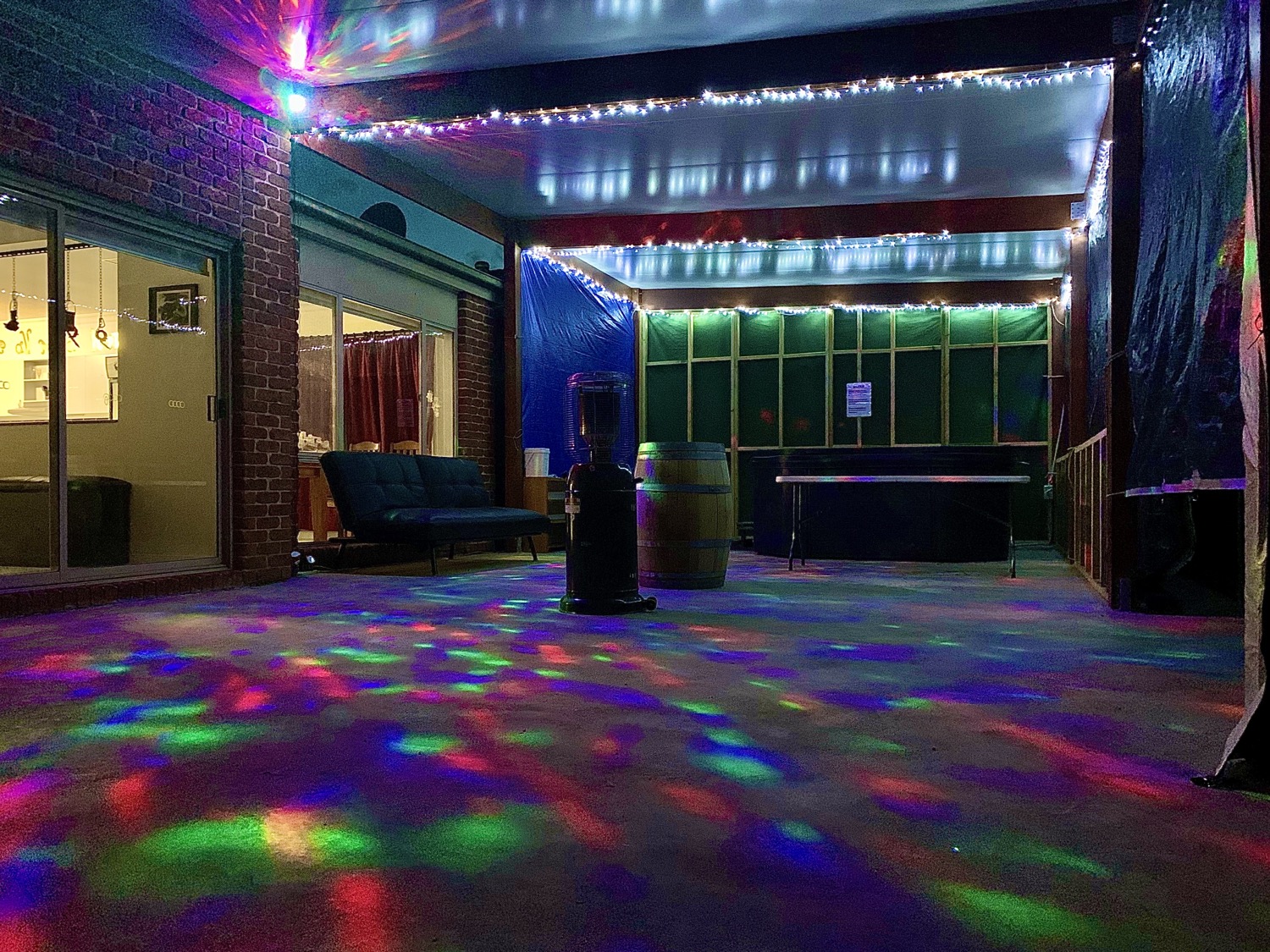 That’s the spa in the back corner on the right.

When I initially started to write this blog, my intention was to recap the year: to tell you all the amazing things we’ve done, what we’ve learned, and all that we’ve achieved. I still will, but that’ll be next month’s blog. I promise 🤞.

Right now however, my heart is breaking over the devastation caused by the bushfires, and my brain is filled with horror images of the destruction, and I can’t concentrate enough to write about it yet. Please support our Bushfire Bunny Brigade in supporting our country. If you don’t want a stubbie holder, we plan on making some badges soon. If you don’t want cute rabbit hole merchandise, donate to the charities via their pages. Or just buy local, and spend local. Every little bit helps.

The Rabbit Hole turns One!